Home • About Us • Our Care Team

The Crossroads Animal Hospital care team is here for you and your pet. Our sole mission is to provide the best medical, surgical and dental care for your beloved pet. We are highly trained, compassionate pet lovers who are honored to treat your pet and answer any questions you may have. We pride ourselves on competence and efficiency in the field of animal care. All the our doctors and veterinary staff attend educational seminars throughout the year in order to serve clients with the latest and best in quality veterinary care. 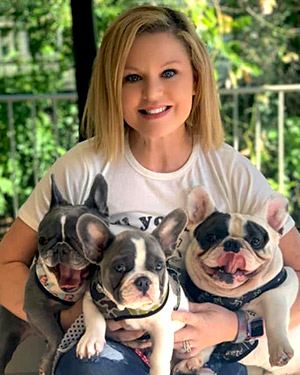 Ashley is a Tuscaloosa native that graduated from Tuscaloosa County High School in 2005. She then attended Shelton State Community College to obtain a degree in nursing. Shortly after, she realized she wanted to follow her heart and work in the veterinarian field. Ashley joined our team in 2011 and now has 11 years of experience. She has many responsibilities in the clinic: including, assisting the business manager and owner, making schedules for the staff, coordinating continuing education meetings for staff, employee training, managing the front office, managing inventory and many more! She is very dedicated to her career and is always looking for ways to improve client education and communication. She is also a member of the American Association of Feline Practitioners and the Veterinary Hospital Managers Association. Ashley takes pride in both her job and developing personal relationships with clients and patients (rather than just a business relationship). In her spare time she enjoys spending time with her son Conner. She also enjoys traveling and photography. 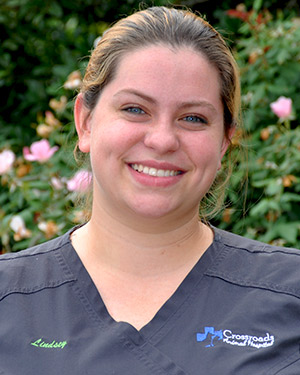 Lindsey is originally from Leeds, AL. Began working at Crossroads in October of 2011 and has worked as a Veterinary Assistant since 2013. She has a beautiful and smart daughter born in 2018 and enjoys every minute of watching her grow. She has been happily married since 2017 to her high school sweetheart. They have two Australian Shepherds named Bindi and Skyler, a three legged cat named Cattywampus, and a bearded dragon named Mimzi. 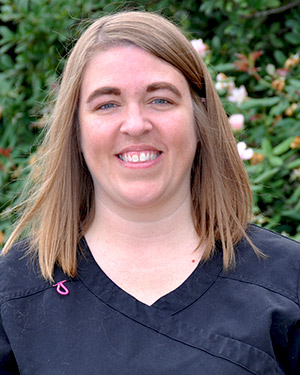 Julie is originally from North Carolina but moved to Pelham, AL in 1989. She has been working as a Veterinary Assistant at Crossroads since June of 2019 and looks forward to growing and learning at Crossroads Animal Hospital for many years to come. She has been married to her best friend for 19 years and they currently live in Ragland, AL with their three beautiful children and crazy dog named Juno. 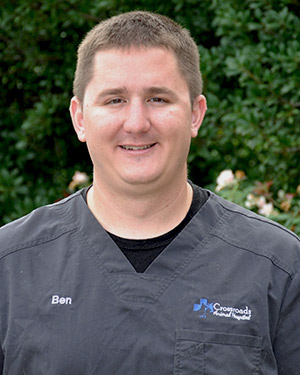 After graduating from Springville High School, Ben joined the Air Force and was stationed in Louisiana for six years as an aircraft mechanic. In 2016 he moved back to Moody to finish his Business degree at UAB. His future plans include attending Auburn for veterinary school. He has been married to his wife for five years and has 4 dogs. Ruger is a Beagle/Boxer mix, Elsa a German Shepherd, Arlow a Great Dane, and Maverick a Pit Bull mix. 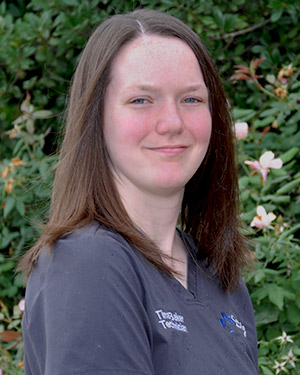 Tina has been an animal lover her entire life! She started volunteering for, then working at, her local animal shelter while she was in high school. She started working as a Veterinary Technician in 2009. She married her husband Daniel in 2014. He helps care for their personal zoo at home that includes three dogs (Dixie, Tidus, and Pepe), five cats (Lilith, Simba, Arya, Nacho, and Petra), and two snakes (Percy and Chipotle). She has worked at Crossroads since 2017 and looks forward to many more years here! 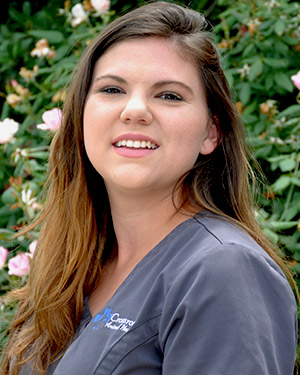 Faith was born and raised in Odenville, Al, where she graduated high school in 2017. She started working at Crossroads in April of 2018, on her birthday! She works as a kennel tech and hopes to one day become a licensed Veterinary Techician. Her dream job is to work at a rehabilitation center for large exotic mammals. She has a dog named Winston (Rottweiler mix) who she adopted from Crossroads shortly after she started working here. She also has two other dogs that live with me, Sabin (miniature schnauzer) and Lulu (Chihuahua .) 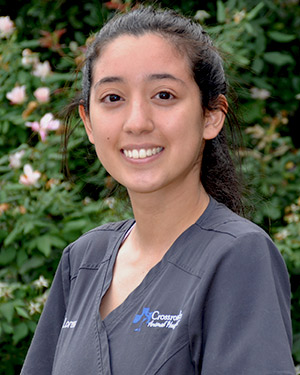 Lorena is from Leeds and graduated from Leeds High School in 2015. She has been a part of the Crossroads family since October of 2017 and looks forward to many more years here. She is currently in enrolled in Jefferson State's Veterinary Technician program. She has 3 pets- 1 cat and 2 dogs. Her dogs' names are Tony (mixed breed) and Casper (Chihuahua mix), and her cat's name is Olivia (grey and white tabby). 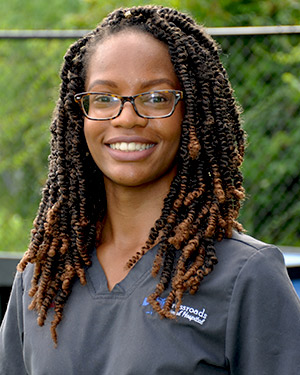 Melissa is from Birmingham, Al but graduated from Moody High School in 2010. She has been with Crossroads since September of 2016 and loves all that she does for the pets that come to see us in the kennel and for doggy daycare! She is a proud pet parent of 2 amazing cats named Spade and Cadi, who she adopted from Crossroads. Occasionally, she fosters kittens and nurtures them back to health for adoption. She wishes to continue her journey in helping animals in any way she can here at Crossroads! 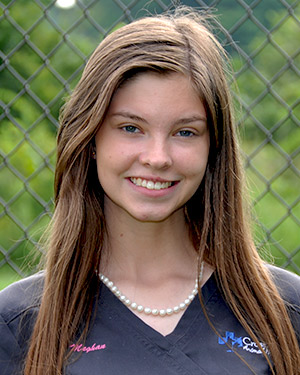 Meghan is from Leeds Alabama, and she will graduate high school in 2020. She plans to spend some time in Texas after she graduates with her boyfriend of 5 years. She has been with Crossroads since July of 2018. She has 4 dogs named Freyja, Ziggy, Trixie and Scout, 3 cats named Letty(who I adopted from Crossroads), Binx and Max and a chinchilla named Loki. She enjoys helping dogs enjoy their stay at Crossroads and she loves meeting all the new dogs and seeing our regular faces come in. 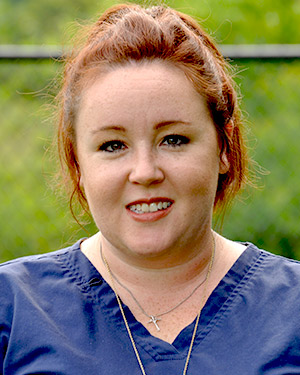 Kristin is from Leeds Alabama and is a graduate of Leeds High School Class of 2001. She has been an animal lover for several years and has been an animal advocate since adopting her dog Dixie Girl in 2013. Kristin currently doesn't have any pets but her heart is always open for the opportunity to give a fur baby a new and happy life.